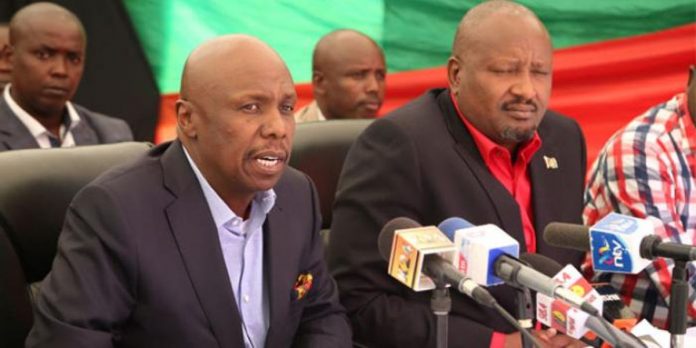 A social media user who goes by the name Love Child shared a post on Facebook claiming the senator had visited the DP to beg him for forgiveness.

In a quick rejoinder on Thursday, May 9, Gideon via his Official Facebook Page dismissed the report as “fake news” and urged the public to ignore it.

There were conflicting reports on why Dr Ruto went to Jonathan’s Kabimoi, Baringo County, home to pass his tributes instead of Kabarak, where other leaders, including President Uhuru Kenyatta, had paid their last respects.

Arrest Both Boys And Impregnated Girls In War Against Teenage Pregnancy...

Gospel Singer Kambua Announces Pregnancy After 7 Years Of Struggling To...