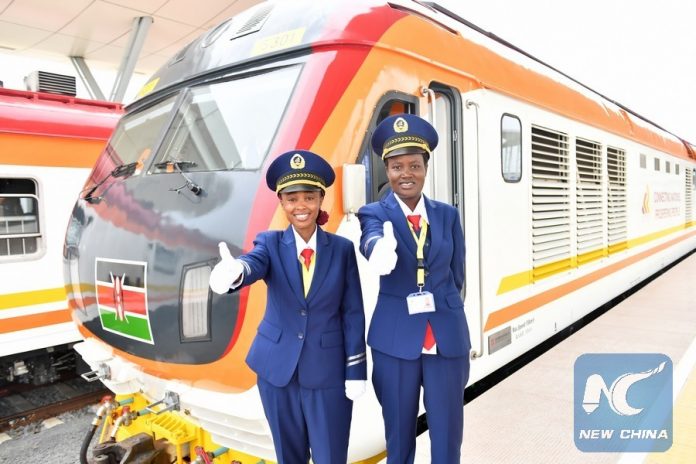 Completion of Phase 2B of the standard gauge railway — from Naivasha to Kisumu — is still on course despite the government rehabilitating the metre gauge line, Transport Cabinet Secretary James Macharia has confirmed.

Speaking to the Nation Tuesday on the sidelines of the Forum for China Africa Cooperation (Focac) in Beijing, Mr Macharia said that since the SGR is a regional project, Kenya is aligning it with what its neighbour Uganda is doing.

He said that the time for completing the whole project might have changed but plans to extend it to Malaba have not, adding that China was in the final stages of realising funds.

It is estimated that the Naivasha to Kisumu phase of the SGR will cost Sh350 billion to complete. The Mombasa-Nairobi line was built at a cost of Sh327 billion while the Nairobi to Naivasha stretch, which is about two months to completion, is budgeted at Sh150 billion.

A 2016 Cabinet brief put the construction cost of the Naivasha-Malaba section at Sh526 billion, with more infrastructure including the Kisumu port and the way-leave compensation between Kisumu and Malaba factored in. “The Sh526,584,271,147 for the development of the Naivasha-Kisumu/Malaba SGR Section, new Kisumu Port and ICD will therefore be sought from Exim Bank of China under three separate Commercial contracts,” the Cabinet was told in February 2016.

With construction of the new Kisumu Port already under way at a reported cost of about Sh16 billion, the Treasury will need to secure about Sh350 billion for the Naivasha-Kisumu section. The SGR loan repayment details have remained a tightly-guarded government secret. Mr Kenyatta promised to make public the details of the Mombasa Nairobi SGR financing deal after it emerged that the Chinese had demanded the Mombasa port as collateral for the debt, but no information has been released yet.
ODM party leader Raila Odinga defended their trip to China with President Uhuru Kenyatta to source for funds for the SGR project.

Raila termed as media propaganda reports that they failed to secure a Sh368 billion loan from the Chinese government to finance the construction of the Kisumu-Naivasha SGR.
“We never failed in China, it’s just a matter of sequencing and the SGR is going to come to Kisumu through Malaba to Kampala, that bit had not been studied,” he said.

Raila was right, the SGR is finally coming to Kisumu. Handshake is working.

Kenyans Must Apologise To Prophet Owuor Or Forget About Rains